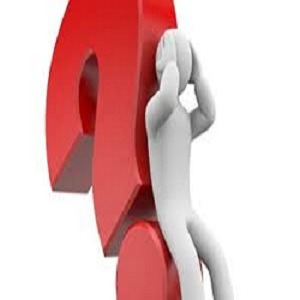 Was the Qur’an invented by Muhammad? Did he collect it from other religions? 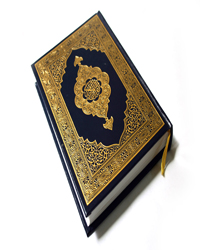 Was the Qur’an invented by Muhammad? Did he collect it from other religions? All are questions asked by many Christians nowadays. Some allege that Muhammad received the Qur’an from Christian sources i.e. Waraqa ibn (son of) Nawafal, Bahira, a monk, and another man who was a Roman Christian worker in Mecca.

A Muslim may not be shocked to hear such allegations, for the Qur’an itself mentions them and refutes all of them. in Qur’an Allah (God) says,

“And they say, ‘Legends of the former peoples which he has written down, and they are dictated to him morning and afternoon’. Say, [O Muhammad], ‘It has been revealed by He who knows [every] secret within the heavens and the earth. Indeed, He is ever Forgiving and Merciful’.” (25-6-7).

The Environment Where Prophet Mohammed Was Brought Up

Prophet Mohammed –(May Allah’s peace and blessings be upon him)– was born in an environment dominated by idolatry, polytheism and atheism. The number of Christians and Jews in Mecca was very few compared to idols-worshipers.

The ancestors of the Prophet–(May Allah’s peace and blessings be upon him)– were following the religions of the people of Mecca i.e. idolatry. This is further supported by the Prophet’s wish of the guidance of his uncle, Abu Talib who was encouraged by the leaders of Mecca to die as a polytheist. The Prophet was ordered by his God to,

On the other hand, the people of the Book at that time did not criticize the Meccans for their involvement in paganism for Christianity was mixed up with pagan rituals.

The Prophet’s Relationship with Waraqa ibn Nawfal, Bahira, the and the Roman-Christian Worker?

The scholars differed as to the religion adopted by Waraqa ibn  Nawafal. Some said that he followed Abrahamic-monotheistic teachings. He realized the Prophethood of Prophet Muhammad but died before message, so he died as being believer in his message. Waraqa ibn  Nawafal were among the four persons who refused to follow idolatry and denied their people’s pagan creeds.

When Qurayshis (i.e. tribe of Quraysh) gathered for an annual ceremony of idolatry, the four men met and decided to renounce the Qurishi deviating creeds of idolatry and to look to the right religion of Abraham (Hanifiyyah or monotheistic religion).

The Messenger of Allah –(May Allah’s peace and blessings be upon him)–went out to the house (i.e. Ka’ba) and met Waraqa who said,

“O dear tell me what you have seen and heard. The Prophet told him. Waraqa said, ”By the One in whose hand is my soul i.e. God: You are the Prophet of this generation (i.e. time). The Great angel has come to you which came to Prophet Moses. You will be denied, harmed and expelled out of your home and fought (due to such message)! If I realize (i.e. if I am alive until) that day, I will support Allah with such a support that he knows”. Waraqa then kissed the head of the Prophet and died before Islam-message.

Other Muslim scholars uphold that Waraqa was one of the Muslim companions of the Prophet. Aishah, the Prophet’s wife, quoted him as saying,

“Do not slander Waraqa for I saw one or two paradises for him”. (Declared authentic report by Al-Hakim).

Others said that he was following the teachings of Prophet Jesus and they differed whether he realized the abrogation of Jesus’ message by Prophet Muhammad’s message or not.  However, as Al-Kiramani notes, whatever the case he believed in Prophet Muhammad. (Umdat Al-Qari).

Had Warqa followed Prophet Jesus’s message, he would have followed his real pristine teachings which order the belief in the message of Prophet Muhammad –(May Allah’s peace and blessings be upon him)–.

It, moreover, revealed defects in the previous books (Bible and Torah) as being altered and distorted throughout history. The Qur’an presents itself as dominant over previous scriptures.

Had the prophet formed his religion out of previous scriptures, he would not have criticized them! Here are some Qur’anic texts criticizing Christians and Jews for not following their religions properly:

“Have you not seen those who were given a portion of the Scripture, purchasing error [in exchange for it] and wishing you would lose the way?” (4:44)

“Do you not consider, [O Muhammad], those who were given a portion of the Scripture? They are invited to the Scripture of Allah that it should arbitrate between them; then a party of them turns away, and they are refusing”.(3:23)

The Qur’an shows its position of the two deviant groups (pagans and Christians) who refused the message of Islam:

“Have you not seen those who were given a portion of the Scripture, who believe in superstition and false objects of worship and say about the disbelievers, “These are better guided than the believers as to the way”? ” (51: 4)

“Say, “O People of the Scripture, come to a word that is equitable between us and you – that we will not worship except Allah and not associate anything with Him and not take one another as lords instead of Allah.” But if they turn away, then say, “Bear witness that we are Muslims [submitting to Him].”(3:64)

The Qur’an foretells about future matters that differ from the scientific background of Bahira and others. They were neither mentioned in their books, nor delivered by them to the followers of their religions.

“If the Qur’an is authored by Waraqa and Bahira  and, why did not they attribute it to themselves? Why should they leave it to Muhammad – peace be upon him -? Did they know about all of the prophecies of the Qur’an that told about previous and future nations and the dazzling news of the unseen revealed by the modern science today? Suppose that Prophet Muhammad learned the Qur’an from both of them, what about incidents happening after their demise. Had they tackled them? There are hundreds of verses set forth by the Qur’an that were revealed regarding events that took place after the death of both of them for long time? Examples of them are the verses regarding to the Christians of Najran and the battle of Uhud in Surat Al-Imran. It should be noted that the Prophet’s meeting with Bahira, the monk is not agreed upon by all Muslim historians. Only some Muslim scholars authenticated the report of such meeting. Such report is declared weak (i.e. invalid),however, and unauthenticated by many others. Suppose they are valid, what would a child aged 9 or 12 learn from such a monk?! However, reports recording such meeting does not convey that the Prophet received knowledge from Bahira. The latter only asked the Prophet about his biography”.

It is well-known that the Prophet (peace and blessings of Allah be upon him) was illiterate, who does not know how to read or write, so how could he read the previous scriptures to the Qur’an?

Al-Saqqar proceeds, “The Prophet was illiterate—a fact supported by the Qur’an itself. The Qur’an says, “Those who follow the Messenger, the unlettered prophet, whom they find written in what they have of the Torah and the Gospel, who enjoins upon them what is right and forbids them what is wrong”(7:157). The environment where the Prophet was brought up was illiterate as well. The Qur’an says, ‘It is He who has sent among the unlettered a Messenger from themselves reciting to them His verses and purifying them and teaching them the Book and wisdom – although they were before in clear error’. “.(62:2)

Refuting the claim that the Prophet looked at previous scriptures, he says, ” It may be useful to note that the first Arabic  translation of the Bible appeared one century after the demise of Prophet Muhammad at the hand of John ,Bishop of Seville 724 A.D.,. Therefore, the Bible was not well-known among people. It was circulated only among monks. Christian laymen were not permitted to have it except in the era of printing in the sixteenth century A.D. despite the attempts of the Church to prevent its spread by the decrees of deprivation issued by the complex of Trident Notre Dame in 1542-1563″.

-Zine El Abidi, Studies in the Biography of the Prophet