The Greatest Prophets between Christianity and Islam: 16-Prophet Elias (Elijah) 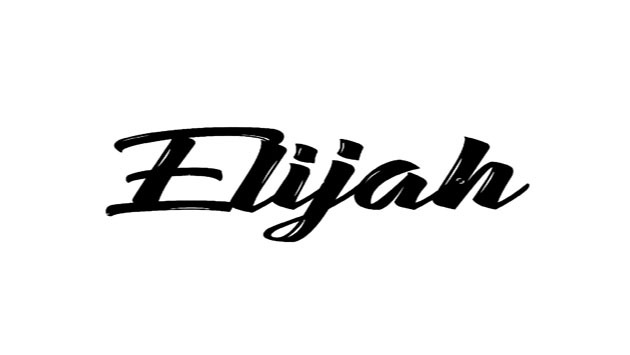 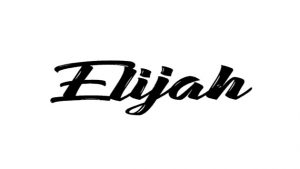 If Elijah raised the dead and ascended into heaven like Jesus, why is he not taken as a god or one person of a god like Jesus?

He is Elias as named by the Qur’an or Elijah as named by the Bible. He was a prophet from the children of Israel. He is one of the most controversial prophets between the contemporary Christianity and Islam in the light of the Bible, including the Old Testament and the New Testament, on the one hand and the Qur’an on the other hand.

Prophet Elias shared similarities with both Jesus and Prophet Muhammad. So, let’s have a look at Prophet Elias in the Bible and the Qur’an.

Elias or Elijah in the Bible is a prophet whose life and miracles very much resemble those of Jesus. It is observable that there is a sort of overlapping between the lives of Jesus and Elias. The latter will come down before the former towards the end of the world according to the Bible.

And he stretched himself upon the child three times, and cried unto the Lord and said, “O Lord my God, I pray Thee, let this child’s soul come into him again!” And the Lord heard the voice of Elijah; and the soul of the child came into him again, and he revived. (1 Kings 17:21-22)

Just as the Bible tells us that Jesus had authority over the sea so much so that he rebuked it (Matthew 8:26-27) and walked on it (Matthew 14:25-26), it tells us that Prophet Elias had similar authority and so he smote and went over it. For example, we read:

And Elijah took his mantle and wrapped it together and smote the waters, and they were divided hither and thither so that the two went over on dry ground. (2 Kings 2:8)

Just as the Bible tells us that Jesus ascended into heaven (Mark 16:19), it also tells you that Prophet Elijah ascended into heaven. We read: “And it came to pass, as they still went on and talked, that, behold, there appeared a chariot of fire and horses of fire, and parted them both asunder; and Elijah went up by a whirlwind into heaven.” (2 Kings 2:11)

Just as the Bible tells us that Jesus will come back towards the end of the world, it also tells us that Prophet Elias will come back before him. We read: And His disciples asked Him, saying, “Why then say the scribes that Elijah must first come?” And Jesus answered and said unto them, “Elijah truly shall first come and restore all things… (Matthew 17:10-11)

The Qur’an honors and praises Prophet Elias. It relates his story in brief and describes him as a good-doer and a believing servant of God. We read:

And indeed, Elias was from among the messengers, When he said to his people, “Will you not fear Allah? Do you call upon Ba’l and leave the best of creators – Allah, your Lord and the Lord of your first forefathers?” And they denied him, so indeed, they will be brought [for punishment], Except the chosen servants of Allah. And We left for him [favorable mention] among later generations: “Peace upon Elias.” Indeed, We thus reward the doers of good. Indeed, he was of Our believing servants. (As-Saffat 37:123-132)

He is also described as one of the righteous. We read:

And Zachariah and John and Jesus and Elias. Each one (of them) was of the righteous. (Al-An`am 6:85)

Between Elijah and Jesus

If Elijah really raised the dead, had authority over the sea and ascended into heaven like Jesus, why is he not taken as a god or one person of a god like Jesus?

Between Elijah and Muhammad

If Elijah commanded killing some people, why is Prophet Muhammad blamed for commanding the killing of some enemies of God?

In the Bible, we read: And Elijah said unto them, “Take the prophets of Baal. Let not one of them escape!” And they took them; and Elijah brought them down to the Brook Kishon and slew them there. (1 Kings 18:40)

We also read: And when he had departed from thence, he happened upon Jehonadab the son of Rechab coming to meet him; and he saluted him and said to him, “Is thine heart right, as my heart is with thy heart?” And Jehonadab answered, “It is.” “If it be, give me thine hand.” And he gave him his hand, and Jehu took him up to him into the chariot. And he said, “Come with me, and see my zeal for the Lord.” So they made him ride in his chariot. And when he came to Samaria, he slew all that remained unto Ahab in Samaria till he had destroyed him, according to the saying of the Lord which He spoke to Elijah. (2 Kings 10:15-17)

Since Christians believe that Elijah ascended into heaven though Jesus negated that by the following statement: “And no man hath ascended up to Heaven, but He that came down from Heaven, even the Son of Man who is in Heaven” (John 3:13), why do they refuse to believe in Prophet Muhammad’s miracle of Al-Israa’ and Al-Miraj?

If Elijah will come and “restore all things”, why does such an “Elijah” not stand for Prophet Muhammad. He came and restored theism and monotheism. While we are approaching the end of the world, the so-called “Elijah” has not come yet.

In the Bible, we read: “Behold, I will send you Elijah the prophet before the coming of the great and dreadful day of the Lord. And he shall turn the heart of the fathers to the children, and the heart of the children to their fathers, lest I come and smite the earth with a curse.” (Malachi 4:5-6)

In this sense, we read in the Qur’an:

And thus We have revealed to you an Arabic Qur’an that you may warn the Mother of Cities [Makkah] and those around it and warn of the Day of Assembly, about which there is no doubt. A party will be in Paradise and a party in the Blaze. (Ash-Shura 42:7)