The Greatest Prophets between Christianity and Islam: 15-Prophet Elisha 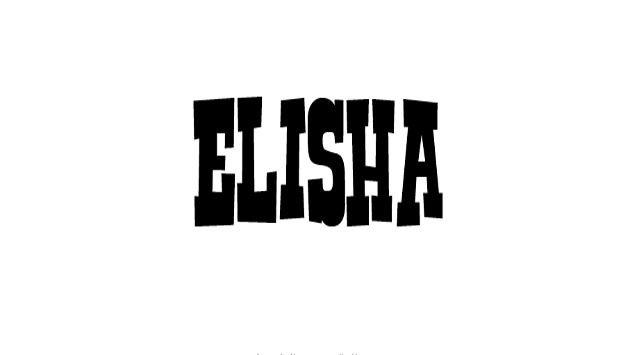 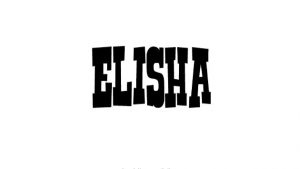 The biblical texts equate Elisha with Jesus in terms of miracles

Elisha was a prophet from the children of Israel. Only a few details were provided about him in the Qur’an. However, the Qur’an honors and praises him in the two positions where he is named.

Prophet Elisha in the Bible was a prophet from the children of Israel whom God seemingly enabled to perform miracles like, or even maybe more than, those of Jesus. For example, he raised the dead and healed the blind and the leprous.

Just as the Bible tells us that someone bowed down before Jesus (Matthew 28:17), it also tells us that someone bowed down before Prophet Elisha. For example, we read: And when the sons of the prophets who were in view at Jericho saw him, they said, “The spirit of Elijah doth rest on Elisha.” And they came to meet him, and bowed themselves to the ground before him. (2 Kings 2:15)

Just as the Bible tells us that Jesus healed the leprous (Matthew 8:1-4), it also tells us that Prophet Elisha healed the leprous. For example, we read: “Then went he down and dipped himself seven times in the Jordan, according to the saying of the man of God; and his flesh came again like unto the flesh of a little child, and he was clean.” (2 Kings 5:14)

The Bible even tells us that just as Prophet Elisha treated leprosy, he also caused it to be contracted. For example, we read: But he went in and stood before his master. And Elisha said unto him, “From whence comest thou, Gehazi?” And he said, “Thy servant went nowhere.” And he said unto him, “Went not mine heart with thee when the man turned back from his chariot to meet thee? Is it a time to receive money and to receive garments, and olive yards and vineyards, and sheep and oxen, and menservants and maidservants? The leprosy therefore of Naaman shall cleave unto thee and unto thy seed forever.” And he went out from his presence a leper, as white as snow. (2 Kings 5:25-27)

Just as the Bible tells us that Jesus had authority over the sea so much so that he rebuked it (Matthew 8:26-27) and walked on it (Matthew 14:25-26), it tells us that Prophet Elisha had similar authority and so he smote and went over it. For example, we read:

And he took the mantle of Elijah that fell from him, and smote the waters and said, “Where is the Lord God of Elijah?” And when he also had smitten the waters, they parted hither and thither; and Elisha went over. (2 Kings 2:14)

And when Elisha had come into the house, behold, the child was dead and lay upon his bed. He went in therefore and shut the door upon the twain, and prayed unto the Lord. And he went up and lay upon the child, and put his mouth upon his mouth, and his eyes upon his eyes, and his hands upon his hands; and he stretched himself upon the child, and the flesh of the child waxed warm. Then he returned and walked in the house to and fro, and went up and stretched himself upon him; and the child sneezed seven times, and the child opened his eyes. And he called Gehazi and said, “Call this Shunammite.” So he called her. And when she had come in unto him, he said, “Take up thy son.” (2 Kings 4:32-36)

Just as the Bible tells us that Jesus healed the blind (Matthew 9:28-30), it also tells us that Prophet Elisha treated and even inflicted blindness. For example, we read:

And Elisha prayed and said, “Lord, I pray thee, open his eyes, that he may see.” And the Lord opened the eyes of the young man, and he saw; and behold, the mountain was full of horses and chariots of fire round about Elisha. And when they came down to him, Elisha prayed unto the Lord and said, “Smite this people, I pray thee, with blindness.” And He smote them with blindness according to the word of Elisha. And Elisha said unto them, “This is not the way, neither is this the city. Follow me, and I will bring you to the man whom ye seek.” But he led them to Samaria. And it came to pass, when they had come into Samaria, that Elisha said, “Lord, open the eyes of these men, that they may see.” And the Lord opened their eyes, and they saw; and behold, they were in the midst of Samaria. (2 Kings 6:17-20)

And there came a man from Baalshalisha, and brought the man of God bread of the firstfruits, twenty loaves of barley and full ears of corn in the husk thereof. And he said, “Give unto the people, that they may eat.” And his servitor said, “What, should I set this before a hundred men?” He said again, “Give the people, that they may eat; for thus saith the Lord: ‘They shall eat and shall leave some thereof.’” So he set it before them, and they ate and left thereof, according to the word of the Lord. (2 Kings 4:42-44)

The Bible even tells us that Prophet Elisha made edible the inedible food. We read:

And Elisha came again to Gilgal; and there was a famine in the land. And the sons of the prophets were sitting before him; and he said unto his servant, “Set on the great pot, and boil pottage for the sons of the prophets.” And one went out into the field to gather herbs, and found a wild vine and gathered thereof wild gourds, his lap full, and came and shred them into the pot of pottage, for they knew them not. So they poured out for the men to eat. And it came to pass, as they were eating of the pottage, that they cried out and said, “O thou man of God, there is death in the pot!” And they could not eat thereof. But he said, “Then bring meal.” And he cast it into the pot and he said, “Pour out for the people, that they may eat.” And there was no harm in the pot. (2 Kings 4:38-41)

Just as the Bible tells us that Jesus transformed water into wine (John 2:3-10), it also tells us that Prophet Elisha healed the nought water. We read:

And the men of the city said unto Elisha, “Behold, I pray thee, the situation of this city is pleasant, as my lord seeth; but the water is nought, and the ground barren.” And he said, “Bring me a new cruse, and put salt therein.” And they brought it to him. And he went forth unto the spring of the waters, and cast the salt in there and said, “Thus saith the Lord: ‘I have healed these waters; there shall not be from thence any more death or barren land.’” So the waters were healed unto this day, according to the saying of Elisha which he spoke. (2 Kings 2:19-22)

Just as the Bible tells us that Jesus killed the devils which possessed pigs (Matthew 8:30-32), cursed the fig tree and so it dried up (Matthew 21:19-21), it also tells us that Prophet Elisha cursed the children who mocked him and so bears devoured them. We read:

And he went up from thence unto Bethel. And as he was going up by the way, there came forth little children out of the city, and mocked him and said unto him, “Go up, thou bald head! Go up, thou bald head!”  And he turned back and looked on them, and cursed them in the name of the Lord. And there came forth two shebears out of the wood and tore forty and two children of them. (2 Kings 2:23-24)

There are no many details about Prophet Elisha in the Qur’an. Still, it honors and praises him in the two positions where he is named. For example, the Qur’an states that Elisha was one of the prophets who were preferred over the worlds. We read:

And Ishmael and Elisha and Jonah and Lot – and all [of them] We preferred over the worlds. (Al-An`am 6:86)

The Qur’an also says that Prophet Elisha was one of the outstanding. We read:

And remember Ishmael, Elisha and Dhul-Kifl, and all are among the outstanding. (Saad 38:48)

In Islam, the Qur’anic texts are consistent with Prophet Elisha’s status as one of the greatest prophets.

However, in Christianity, the biblical texts are inconsistent with Prophet Elisha’s status as an ordinary prophet. They rather equate Elisha with Jesus in terms of miracles. They may even attribute to Elisha more miracles than those of Jesus himself.

If Elisha really raised the dead and healed the blind and the leprous like Jesus, why is he not taken as a god or one person of a god like Jesus?

In other words, if raising the dead and healing the blind and the leprous are qualifications of divinity in Christianity, why is Elisha not taken as a god or one person of a god like Jesus?